By Matthew Kasinec on February 15, 2017 in History, Motivation

Years before he would become the leader of the United States, Theodore Roosevelt was a Colonel in the Spanish-American war. In what was perhaps the most heated battle of the campaign, Roosevelt led a charge that effectively changed the fate at the Battle of San Juan Hill, if not the war. The act of extreme heroism and leadership is yet another tale that begs to be shared.

Have you ever sat in the sun for hours, without shade or water, while carrying between forty and sixty pounds of equipment…and being shot at? Death would have been a relief for these weary American troops. Caught between a hill of Spanish troops, and a trail filled with their own, the Americans had nowhere to run, except forward. This is exactly what Theodore Roosevelt wanted his men to do. Rather than shouting his orders, Roosevelt adjusted his grip on the reins and took his steed up the hill.

The Mauser bullets drove in sheets through the trees and the tall jungle grass, making a peculiar whirring or rustling sound, some of the bullets seemed to pop in the air, so that we thought they were explosive; and, indeed, many of those which were coated with brass did explode, in the sense that the brass coat was ripped off, making a thin plate of hard metal with a jagged edge, which inflicted a ghastly wound” – Theodore Roosevelt

Roosevelt knew his men were at a disadvantage; they held the low ground at San Juan Hill. They were only armed with Civil War era bolt action rifles, while their enemies used smokeless powder. The horses of Roosevelt’s “Rough Riders” had been left in Florida, except for his own. Knowing this did not cause Roosevelt to bat an eye as he raced up the San Juan hill.

By the time Roosevelt’s charge reached the San Juan hill, U.S. Gatling guns had already softened the enemies defenses. Rather than allowing the enemy time to reinforce their position, Roosevelt decided to take the hill. He rode half way up, where he reached a barbed-wire barrier. Roosevelt dismounted just like the cowboy he was before the war, leaving his beloved, lever action, Winchester 1892 in the saddle. Roosevelt ran the rest of the way to the top of the hill, and reached the top well before any other American. Two Spanish soldiers, rose from the bodies of their brethren, immediately opened fire on Roosevelt and turned to run. Both missed.

Roosevelt never broke stride. He drew and fired his Colt .45, killing one man, and giving the second a run for his money. After their heroic charge and victory, the men under Roosevelt’s command posed for a picture, setting the precedent for patriotic pictures taken atop mountains. Getting Up San Juan Hill

So much can be learned from men like Roosevelt. This man was born to lead. He was an ambitious, wise leader. By examining Roosevelt’s actions during combat, we get a glimpse of his character. His actions helps us see four great qualities of Teddy Roosevelt’s leadership.

As one of the only men on a horse during the battle, Roosevelt was a prime target. When he broke off from the crowd he became an even bigger and exposed target. Had Roosevelt never put himself into this risky position, he never would have succeeded in the way he did. Many more men would have died, and the battle may not have lasted a single day more without Roosevelt’s charge. There is no way to succeed without putting something on the line. Whether starting a business, dabbling in stocks, or applying for a job, the only way to profit is by exposing yourself to some sort of risk, loss, or rejection. Finding the right balance between courage and stupidity is hard, however, which leads us to the next point.

The future-president knew his limits. Roosevelt was not the highest ranking man on the battlefield. He could not give orders to anyone other than the men he was put in charge of. Roosevelt decided to make a bold move, rather than beg a higher ranking officer to make it for him. By running into the open, something most of the soldiers would have considered suicide. Roosevelt became the center of attention. Roosevelt’s men were loyal to him and followed his lead. If the Rough Riders were on the move, something big was about to happen.

Knowing your limits in a situation can be extremely helpful. Both the soldier counting his ammunition and the student keeping track of his money know their limits. Knowing you can do ten pull-ups is better than not being sure how many you can do. By noticing our limits, we can work on pushing our limits, maybe doing fifteen pull-ups, or creating a budget. Without first learning exactly where we are on the way to accomplishing a goal, we can not keep track of any progress we may make.

By being willing to break the mold and try something new, Roosevelt used the element of surprise. Even though the Americans had already been spotted, by doing something unexpected, they won the Battle of San Juan Hill.

Had the Americans continued to find safety near the bottom of San Juan Hill, they may have been destroyed. Having an air of unpredictability is not necessarily a bad thing. Creativity is one of the best attributes a man can have. With the right mindset, a man can solve his own problems while making an impact. Being creative also helps one prepare for possible scenarios, which is exactly what Teddy did.

Most of the men who fought at San Juan Hill were equipped with single shot rifles. These rifles were definitely an improvement over the firearms of the American Revolution, but Roosevelt wanted better. Roosevelt purchased Winchester 92s for himself and the other leaders of the army, out of his own pocket. The internal magazine housed up to fifteen shots, each put into the chamber by moving the gun’s lever.

By arming himself, Roosevelt could be a leader and an active participant in the battle. The gun’s reloading mechanism made it easy to use, even if wounded. Roosevelt bought identical rifles for his peers, allowing them the same mobility and firepower that he enjoyed. Roosevelt’s actions also depict a sort of preparedness. Roosevelt was prepared to do whatever it took to win. By effectively signing a blank check to the US of A, Roosevelt led by example and encouraged his men to do the same. 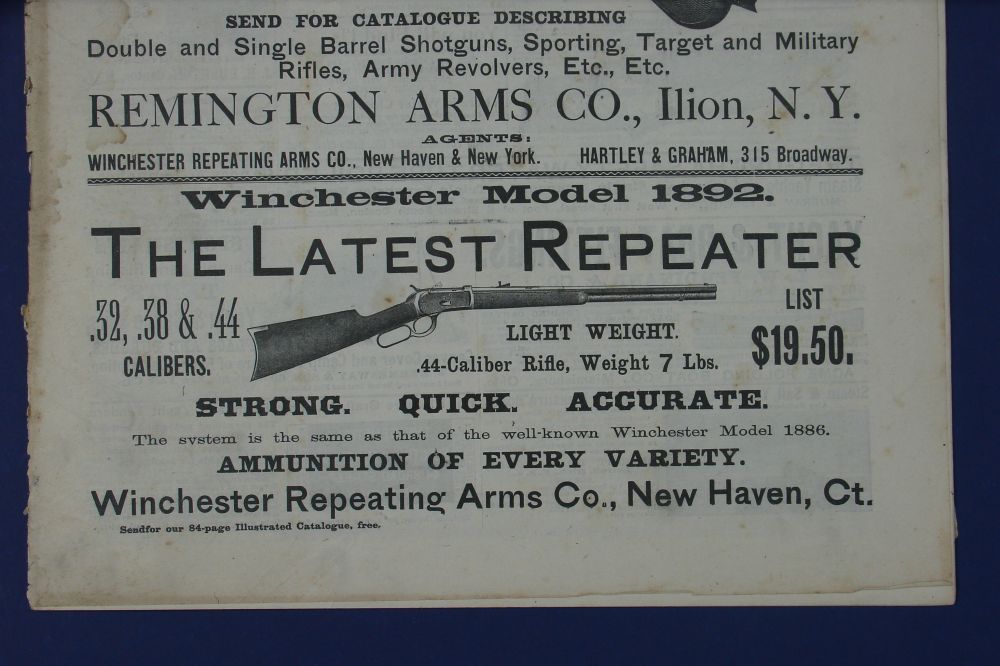 By combining these and many more traits on and off the battlefield, Colonel Roosevelt became very successful. He went from living as the son of a politician, to becoming a profitable rancher, a strong soldier, and a dependable leader. Our world is currently lacking in strong, trustworthy leaders. Why not answer the call? Be brave. Learn your limits. Be willing to change the plan, and always be prepared for what opportunities and hardships life will throw your way.